Marge Sassi: the management of the creative industries should not rely fully on hunches

Facebook
Twitter
Linkedin
Email
In times of crisis, the organisations that survive are those who rely on strong performance management. Based on her research, Marge Sassi, a lector at the Estonian Business School, writes that wider use of organizational performance evaluation allows Estonian organizations operating in cultural and creative industries (CCI) to handle the current ongoing crisis more effectively.

“Mum, you know when we sang that last song under the Tallinn Song Festival Grounds arch, the barn swallows started flying above us. I will never forget that song festival.” That is what my 12-year-old daughter told me over the phone, after having returned earlier from family trip to Australia in order to perform at the song festival. There is no doubt that the song festival is extremely important to Estonians. I am also quite certain that the organisers are able to ‘program’ our sentiment through cognisant programme planning.

Yeah, well, those barn swallows under the Tallinn Song Festival Grounds arch, were they really intentionally sent there, what was their function and were they even needed? Unless we directly ask the organisers, we will most likely never know. However, research conducted in the framework of my doctoral thesis shows that leadership based on hopes and hunches is not the best way to survive, not even in CCI organizations carried by Pegasus’ wings.

How can I presume something like this? Culture, especially Estonian culture, is sacred – inspiration either arrives or does not arrive at all. A true artist’s vocabulary does not contain provocative concepts such as quality, strategy, analysis and, the worst of them all, revenue.

It is rather important for me to specify that in my research, I did not study artists, I researched 460 CCI organisations instead. There were many cultural institutions and creative companies with rather different backgrounds among them – they were both large and small, old and young and organisations and companies in various fields and legal forms, all forming the Creative industries in Estonia.

Despite all of their differences, we can split these organisations into two. Organisations that use organizational performance evaluation in their everyday work and those who do not, either because of a lack of skill or a lack of awareness.

What is an organizational performance evaluation? Max Moullin, a researcher at Sheffield Hallam University defined a performance evaluation as an assessment of how adequately an organisation is managed, which means how much value it creates for its clients and stakeholders. It is one of the most essential elements in strategic management and contributes to efficient strategic planning. Gilbert Onwu and Margie Sutherland, researchers at the Gordon Institute of Business Science have confirmed that the performance evaluation is linked to creative freedom and control.

My study, conducted before the COVID-19 crisis shows that the performance evaluation is not widespread among Estonian CCI organizations. The research also showed that in order to collect data from stakeholders, personal contact and face-to-face discourse is preferred, and hunches are more likely to be used while analysing feedback. However, planning in the majority of these organisations relies on the analysis of past performance, but it is not always conducted in a systematic way. This is quite surprising because, especially in the English-speaking world, there have been many metrics and frameworks developed that measure both artistic quality and the impact that cultural institutions possess. Unfortunately, we do not apply the performance evaluation tools which are widely accepted in the rest of the world.

Why on earth not? I researched the practices of performance evaluation in my doctoral thesis, which brought me one step closer to the reasons that justify their use. In our CCI organizations, there is a belief that the client will come and tell itself if they liked or did not like the service or product. Based on this, we could assume that determining and understanding the needs of the customer is not very cognisant or is more likely based on a hunch.

The research also showed that attitudes towards performance evaluation and the use of them are rather different in the various subfields of the creative industries. They are most influenced by earning profit and securing income. CCI organisations also lack various essential knowledge and skills such as strategic planning, work analysis and accountability.

Magical background of the Estonian Song and Dance Festival

Most probably, during the procession planning stage, it is required to take into consideration not only the number of participants but also their age and stamina and also consider the spectators who will have gathered in the streets for the festival? Are people going to assemble in the street to cheer on the dancers and singers they know or every two to four years try to achieve the special feeling that our culture is still viable?

We do not have any answers here, but the Estonian Song and Dance Festival Foundation indeed has an understanding. They carefully monitor the statistics of every festival with extreme accuracy and gather the opinions of the (main) attendees – they also analyse the media coverage and analyse the impact of every Song and Dance Festival. Everything mentioned above – both the failures and definitely also the successes – are the main factors that have influenced them, which are all taken into consideration when organising a new festival. This is exactly the type of process that can be called a performance evaluation regarding the Song Festival.

Conversely, if the details of the plan are not polished, then both the participants and the spectators are unable to receive that thrill. In this case of the cultural and creative industries, we are not able to overthink, overanalyse or over plan!  Although everything does not always go seamlessly, planning like this eliminates the possibility of repeating the same mistakes in the future. This also ensures that the quality of the organisation of the largest festival in Estonia is constantly higher every time!

These organisations are innovative, they value learning and development and they want to increase their competitiveness on the international level. They rely on their written mission, vision and strategy documents.

What happens behind the scenes at the Estonia Theatre

I will provide a second example. They started developing an electronic work schedule in our national opera ‘Estonia’ around 10 years ago, but it was not established easily. Switching to new system mainly caused opposition because of the ‘feeling of control’ that accompanied the new process – the planned economy was ‘contraindicative’ in cultural organisations, as was said by the director of the theatre, Aivar Mäe, at the time.

The electronic plan is essentially a system that assembles information on all necessary resources for every performance, both before and after the play, which allows you to analyse the performance expeditiously. However, it took a lot of time to get used to the new system and it was not pleasant for everybody. Nowadays, ballerinas, conductors and make-up artists could not imagine their life without the system, which now involves also a mobile solution.

Comprehensive planning and learning from mistakes is what led Estonia Theatre to almost complete risk mitigation. Face masks and disinfectant equipment were used during flu season long before COVID-19 to ensure that plays functioned properly and that last minute changes were not needed. If that was not enough, there were substitute-performers for every performer. Thanks to these precautionary measures, a single show was not missed in 10 years and guest satisfaction was rising.

Both Estonian and Finnish theatres have acquired a similar system as of today. I do not want to illustrate only the functioning of the complex machinery in Estonia with this example or show that the devil is not only in the details, but also in the sustainability of. No, this example should instead validate the fact that creative freedom and control are not in conflict. Also, previous research has indicated that both creative freedom and control can coexist in harmony.

In those organizations that were not positive about performance evaluation, the results achieved were compared with the original plans in only 11.5% of cases. Likewise, it is quite surprising that previous results were taken into consideration when planning new activities in 39.5% of cases. These organisations constantly confronted multiple challenges. 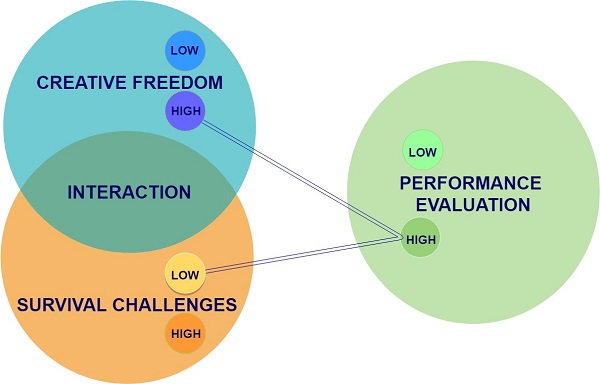 Although this research was conducted before the pandemic, the results may provide the ability to overcome the consequences brought about by the coronavirus, in particular to increase the sustainability of CCI organisations.

The article was published within the framework of a competition by the Estonian Academy of Sciences entitled ‘Science in 3 minutes’ (Teadus 3 minutiga), the grand finale of which will take place on 5 February.

The article was also published on 27 January on ERR portal Novaator, here. 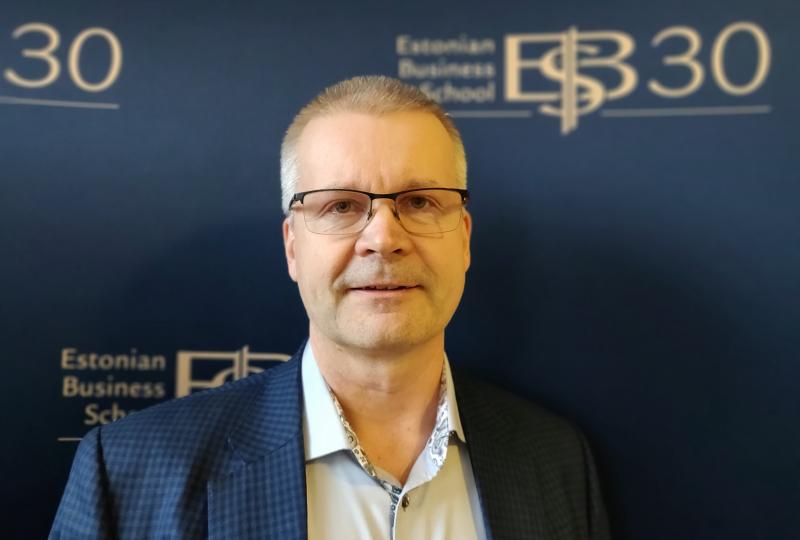 Jari Kukkonen: The managers’ quick learning and readiness for development is important for the success and continuity of the organisation

EBS virtual tour - get the information about the learning opportunities